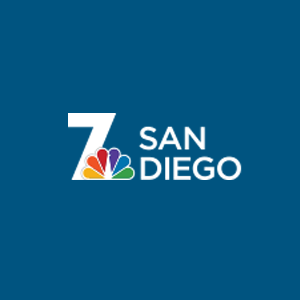 Women — including one from San Diego — are stepping forward with allegations of sexual assault and emotional abuse against one of the world’s most famous Yoga teachers, Bikram Choudhury, the founder of Bikram Yoga.

Former Vista resident, Sarah Baughn is one of those women. She said Choudhury and his “hot yoga” method cured her back pain and depression.

“I was completely in awe of this man,” Baughn said. “I was really, really devoted to him as my teacher, my guru.”

Hundreds of Bikram “hot yoga” studios are located around the world. The rooms are kept at 105 degrees and very humid. On his website, Choudhury proudly calls his classrooms “torture chambers.”

In 2005, Baughn dropped out of college and borrowed money from her parents to enroll in Bikram’s teacher training program, taught by the guru himself. She said the training has hardly started, when Choudhury singled her out, telling her, they had met in a past life, that he had feelings for her and wanted a quote “relationship.”

Baughn said she always discouraged Choudhury’s advances, and reminded him that he had a wife and she had a boyfriend. But Baughn claims Choudhury would not stop his sexual pursuit, and would insist she brush his hair and massage him. “I was shocked, and I was sick,” she said of his unwanted advances. Baughn says Choudhury more than once touched her in a sexual way and even climbed on her, she said.

“It was disgusting,” Baughn said. “I just tried to talk my way out of it.”

Torn between her love for Bikram Yoga and her repulsion of Choudhury, Baughn said she stayed in the Bikram Yoga program. She tried to protect herself by never being in the same room alone, with “the master.” But, she said it happened anyway, in 2008 in Choudhury’s hotel room in Mexico. Baughn was attending a Bikram teacher training program in Acapulco. She recalled falling asleep in that room with other students, who were watching movies with their guru. In the middle of the night, she said the others left and Choudhury locked the door.

“And when the door clicked, he was on top of me at the door,” Baughn said. “He wouldn’t let me leave…He just kept saying, ‘I’m going to have you this time.’ And he wouldn’t respond to anything I was saying.”

According to a legal complaint Baughn filed in 2013 in Los Angeles Superior Court, Choudhury “attacked her, pinned her against the door, and sexually assaulted her by kissing her neck, chest and face, and grinding his penis against her leg.”

“He made it very clear that he was going to have sex with me,” Baughn said.

She said she forced open the hotel room door and escaped, but the alleged abuse didn’t stop there. According to Baughn, Choudhury began insulting her in front of other students, and promised to ruin her blossoming new career as a Bikram Yoga teacher and competitor.

“He told me that if I did not have sex with him, I would not have a chance of winning that competition,” Baughn said.

Baughn is one of six alleged victims women represented by attorneys Mary Shea and Carney Shegerian in lawsuits filed against Choudhury and Bikram’s Yoga College of India. They accuse the defendants of sexual battery, gender violence, false imprisonment and other wrongdoing. “It’s about the conduct of this person towards six very vulnerable, very vulnerable and innocent women,” Shea told NBC 7 Investigates.

Look below to view the complaints filed by the women and responses from Choudhury and his attorney.

Dana McClellan is another one of the alleged victims, and she’s speaking publicly for the first time about her experience with Choudhury.

“You know, he told me that I was going to be like Mother Theresa, and I was going to influence the world if I only followed him,” McClellan said. But she claims the yoga guru raped her during a teacher training program in San Diego in 2010. McClellan claims Choudhury flattered and touched her and schemed to get her alone.

In her legal complaint, McClellan alleges Choudhury pulled down her pants and forced himself on top of her. She said she begged him to stop and tried to fight him off.

A spokeswoman for Choudhury declined NBC 7 Investigates’ request for an interview and has not responded to written questions. But in a document filed in response to McClellan’s civil complaint, Choudhury’s lawyer denied all of the allegations. That legal response also specifically claims that McClellan consented to Choudhury’s alleged acts.

In the Baughn case, Choudhury’s lawyers have not directly denied the allegations but are aggressively challenging the legal reasoning in the complaint.

But both lawsuits have so far survived those legal challenges. And the two women told NBC 7 Investigates, they’ll keep fighting for justice. “I’ve realized what a sick person, to take his position of power and switch it around on women, young women and force them to have sex with him,” McClellan said. “Rape. It’s rape. That’s what it is.”

Baughn and McClelland said Choudhury ruined their lives, smothered their self-confidence and trust and left them with deep emotional scars.

“Bikram took away my passion,” McClellan said. “He took away my love for yoga, which is really sad. He destroyed it.”

And they said, poisoned their love and devotion to an ancient art of healing.

“That was something I was going to do forever and I had to step away,” Baughn said. “It’s a really big bummer that somebody can do this to me and then I have to give up the thing that I love and was really getting good at.”