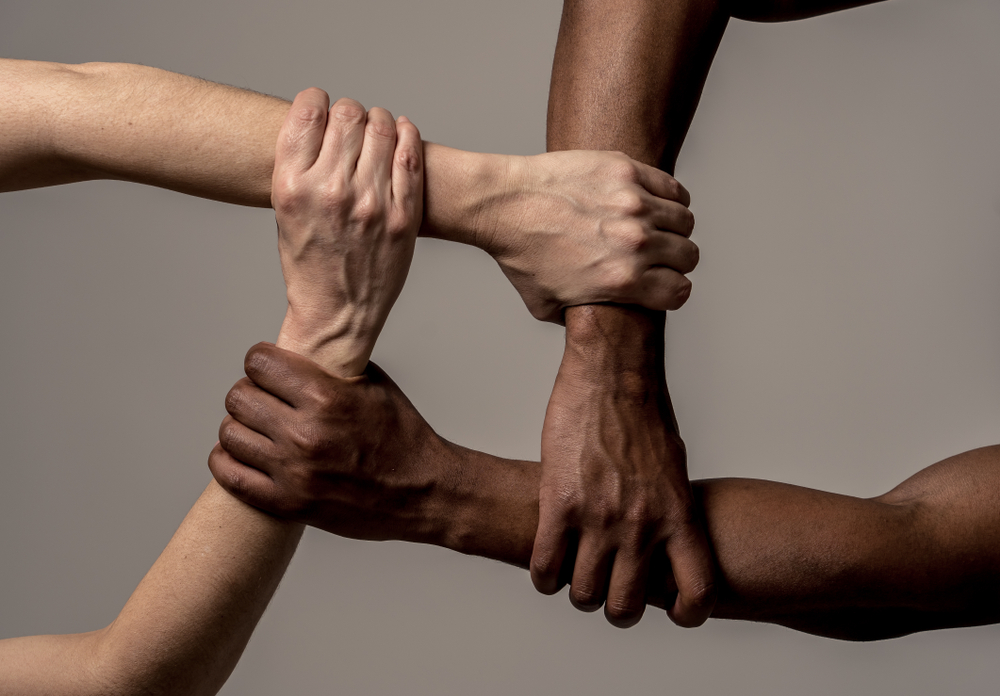 Here Are Your Next Steps When You Are Racially Discriminated at Work https://www.shegerianlaw.com/wp-content/uploads/2020/09/Here-Are-Your-Next-Steps-When-You-Are-Racially-Discriminated-at-Work.jpg 1000 696 Shegerian Law Shegerian Law //www.shegerianlaw.com/wp-content/uploads/2020/07/Shegerian-logo.png September 15, 2020 September 15, 2020
The presence of racial discrimination is, unfortunately, still felt today in everyday life, even in the workplace. While you may be able to recognize more apparent cases of discrimination, there are many subtle instances where it can fly past your radar, leaving you confused about what to feel or do next.

In an ideal world, the color of your skin or your ethnicity should not be used to determine how well you could do your job. As the world continues to fight for this to become a reality, it will be helpful for you to know your rights, as well as what you can do in case you are put in such a position.

What is Racial Discrimination?

Racial discrimination in the workplace happens when an employee is treated differently based on their actual or perceived race or skin color. Some common instances of being discriminated against are pay grade inequality, unfair promotion timeline, unjust reasons for the firing, non-consideration of an application due to race, and verbal harassment.

There are two types of racial discrimination:

Under the law, there is a distinction between these two. Cases with disparate treatment often require evidence of intent to discriminate, unfairness, or mistreatment, while disparate impact doesn’t need proof of intent.

As an employee, it’s wise for you to know your rights, so you are aware when you are being disregarded. This knowledge may also guide you in filing the necessary legal action.

B. California Fair Employment and Housing Act (FEHA) of 1959

In relation to racial discrimination in the workplace, the California FEHA states that it is illegal for employers of five or more employees to discriminate against job applicants and employees because of a protected category or retaliate against them because they have asserted their rights under the law.

The FEHA prohibits harassment based on a protected category against an employee, an applicant, an unpaid intern or volunteer, or a contractor. Harassment is prohibited in all workplaces, even those with fewer than five employees. (Source: California Department of Fair Employment and Housing)

If you’ve ever experienced racial discrimination before, you’re not alone. Often, fear and confusion hinder complaints from being filed. There are perhaps more cases than statistically recorded, but the data collected already shows that things need to change. Below are stats that show just how persistent racial discrimination still is in the workplace.

Despite efforts and progress in the last two decades, there are still many cases that slip through the cracks. This is a public cry for the system to do better. America is one of the most controversial countries with low racial tolerance, but it’s not the only one.

Even though employers are increasing efforts in diversity and inclusion, there are still cases of discrimination all over the world. This data also hammers down the fact that this problem isn’t just in America, but in various countries in Europe, as well.

Despite similar educational attainments, African Americans suffer from a pay gap because of their race. This doesn’t just make for unfair work opportunities but also impedes other races to make a brighter future for themselves or their families due to pay cuts.

Unsurprisingly, whites aren’t commonly on the receiving end of racial discrimination in the workplace—or anywhere, for that matter. For starters, African American, Asian, Hispanic, and other non-white races make up almost 25% of the USA’s population—which is almost 100 million people.

It’s good news that Americans want to be a part of solving the broken system of workplaces plagued by racial discrimination. However, there’s a long way to go. Awareness and recognition that whites are part of the problem is only the first step to creating equal work conditions for everyone.

5 Steps to Deal with Racial Discrimination at Work

If you’ve personally experienced discrimination in the workplace, here are five things you must do to handle the situation.

The first thing you can do is document the incident. This includes details like who is involved, when it happened, any witnesses, and the time and place of the situation. Write down as many details as you can in your notebook or smartphone (note: not company-owned equipment) and try to find the earliest available opportunity when you can present the case to your employer.

Now is the time to review your employee handbook and check if it contains any straightforward sanctions or guidance on what you can do following racial discrimination in the workplace. This will usually detail the complaint procedure, including who you should talk to first.

In case the person designated to receive responses like this is the accused party, feel free to approach any other supervisor or the HR manager of the company to lobby your concern.

If you need any more advice to act on the situation, it’s best to contact legal counsel and have them at your aid. This is a necessary step before contacting a state or federal employment agency to investigate your claim.

They will also advise you against any future actions or interactions you may have with the perpetrator and give you an extra layer of personal safety and assurance while your case is being investigated.

One of the biggest reasons why employees don’t speak up about issues in the workplace is the fear of retaliation, often in the form of getting fired. However, bottling this up will only do you more harm than good, and will gnaw at your mental and emotional health.

During these instances, it’s essential to be vigilant. Open conversations about this with trusted family, friends, and colleagues, and let your stand be known that you’re going to fight against the discrimination at hand.

5. Spearhead a stronger program against racial discrimination in the workplace

You may also turn this negative incident into a positive movement. If racial discrimination is present in your workplace, it’s highly likely for others to experience it, too. Perhaps there were already other victims before you. It’s time to hold your head up high and lobby for robust policies against cases like this in your workplace to ensure a safe and fair environment for all.

Workplace discrimination shouldn’t exist. But, until then, the steps above can help you deal with the situation and exercise your rights. If you need legal assistance regarding racial discrimination in the workplace, Shegerian Law has a strong team of lawyers ready to assist you. Contact us—we’re all ears.

Rael was a 35-year employee and at the time of her separation 54 years of age. Her record was stellar. However, once new direct supervisors came into the picture, Rael began to be victimized by frequent harassing and offensive comments, including “you are outdated,” “we need younger workers in here,” “you are part of the old culture,” “unwilling to follow the new culture,” “you are resistant to change,” and “you need to change,” among numerous other comments. Rael’s workload was suddenly increased, she was refused training (despite younger employees freely receiving training), she was treated differently (and noticeably) by her supervisors compared to younger employees, denied her applications for higher positions under false pretenses in favor of a younger employee and told by Estavillo, who was under 40 years of age, “We just didn’t want you.”