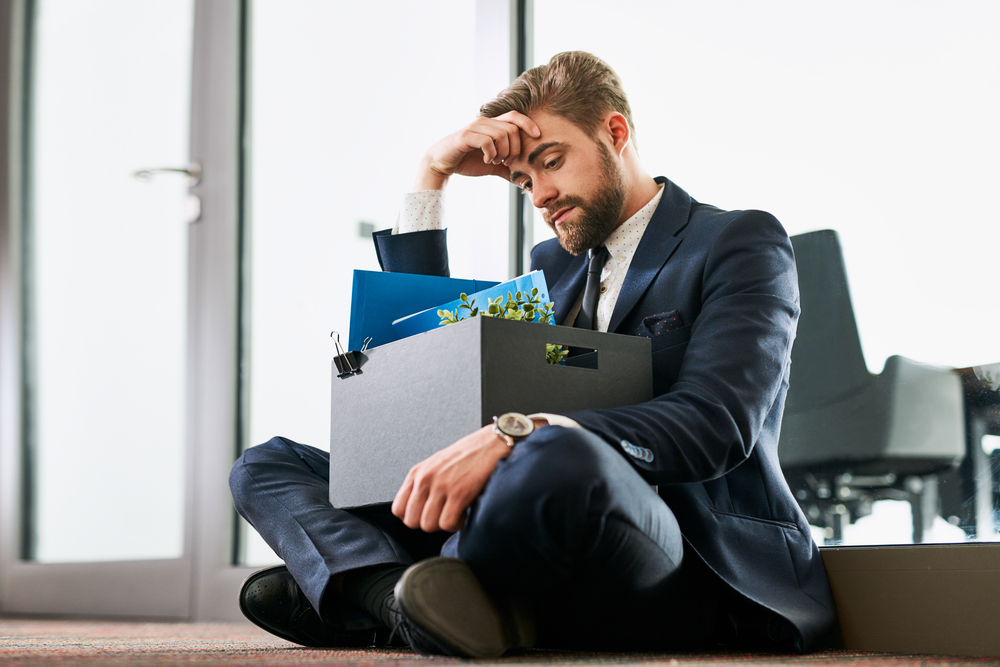 Got Laid Off or Furloughed? Here Are Your Legal Rights

Got Laid Off or Furloughed? Here Are Your Legal Rights https://www.shegerianlaw.com/wp-content/uploads/2020/09/Laid-Off-Furloughed.jpg 1000 667 Shegerian Law Shegerian Law //www.shegerianlaw.com/wp-content/uploads/2020/07/Shegerian-logo.png September 16, 2020 September 16, 2020
Regardless of the circumstances, losing your job is never a good thing. However, the landscape of business operations has been shaken by the COVID-19 pandemic.

With businesses shutting down or rapidly downsizing to better brace for losses, the number of unemployed workers continues to rise. To date, 20.5 million Americans had lost their jobs, with the increase in unemployment from March to May 2020 larger than that of the Great Recession of late 2007 to early 2010.

Unfortunately, less-than-scrupulous employers may take advantage of the current pandemic to remove employees from their position. If you suspect that this may have been the case for your dismissal, you must know your legal rights.

What’s the difference between being laid off and furloughed?

While both “layoff” and “furlough” refer to situations where workers lose their jobs or stop working typically due to financial difficulties, the two concepts have significant differences.

On the one hand, layoff refers to an indefinite and often permanent separation between the employee and the company. This results in the worker being removed from the company’s payroll. Rehiring laid-off workers is not uncommon but isn’t guaranteed.

On the other hand, a furlough is a mandatory suspension from work without pay for a set period. This is meant to be a stopgap measure to help businesses cut labor costs during economic difficulties without letting go of their existing employees. Other variations of furlough practices include reducing work hours and instituting pay cuts.

What does it mean to be furloughed?

When a worker is furloughed, they are still considered an employee of the company. Furloughs typically last less than six months. This is because any period exceeding six months could trigger employment laws that require companies to serve advance notice ahead of mass layoffs, such as the WARN Act.

Furloughed workers should not be working during their leave unless the company reinstates them as part of the furlough rotation. Depending on the employer, these workers may still receive employee benefits like health insurance.

What are your employee rights when furloughed?

Since furloughed workers are considered employed, they are still protected by discrimination laws. If the company decides to make exemptions for furloughing workers, there needs to be a legitimate justification behind the process. Furthermore, the workers’ seniority status and pay level are usually retained once they are brought back.

However, if economic conditions are not improving, a company may decide to cut positions through layoffs.

What legal rights can protect you from getting laid off?

In all U.S. states except Montana, employment relationships are presumed to be “at-will.” This means that an employer is allowed to terminate an employee for any reason, barring illegal reasons, or for no reason without incurring legal liability.

An employer can also change the terms of the employment relationship—like altering wages, terminating benefits, or reducing paid leaves—with no notice and no consequences.

The following federal laws protect you from getting laid off if:

Workers age 40 and older are protected under the Age Discrimination in Employment Act (ADEA) of 1967. Additionally, the Older Workers Benefit Protection Act covers workers in this age category who were part of a group layoff. This law gives workers 21 days to consider any severance offers made and an additional seven days to revoke the agreement.

Companies are prohibited from making employment decisions based on a person’s race/color, religion, sex, pregnancy, or national origin, as stated in Title VII of the Civil Rights Act of 1964.

Employment discrimination against persons with disabilities is prohibited under the Americans with Disability Act (ADA) of 1990.

If a worker is fired after making a report on illegal or unethical behavior or any similar action, then the layoff may have been done in retaliation. Each state has its corresponding federal laws to protect whistleblowers.

Under the Family Medical Leave Act (FMLA), eligible employees can take up to 12 workweeks of unpaid, job-protected leave for specified family members and medical reasons (26 workweeks if the care is for a service member). They are also entitled to the continuation of group health insurance coverage during this period.

In the event of a mass layoff or plant closure, the Worker Adjustment and Retraining Notification (WARN) Act requires that employees receive at least a 60-day written notice before the date of the mass layoff.

If you fall under any of the protected classes or suspect that your employer has failed to comply with federal laws, you may be able to pursue a case against them.

The Worker Adjustment and Retraining Notification Act states that workers must receive advance written notice before the layoffs for qualified plant closings occur to provide them ample time to seek new employment. It should be posted 60 days before the date of a mass layoff for the following situations:

Generally, the act is only applicable to companies with 100 or more workers. Should an employer fail to comply, workers may be able to seek damages for back pay and employee benefits for up to 60 days.

The WARN Act also includes several exceptions to this requirement, such as the business being considered a “faltering company,” natural disasters like earthquakes and hurricanes, and unexpected business circumstances. As they had reason to believe that the furloughs would not exceed six months, many employers have shifted from furloughs to permanent layoffs.

What are the types of compensations available after a layoff?

With the loss of one’s livelihood during a global health crisis or other legal reasons, receiving compensation may be available to unemployed workers in need.

Generally, a worker is entitled to their final paycheck for all hours rendered. Depending on the state, there may be a delay between termination and receiving final pay. Additional figures may come from any unused leaves that are convertible to cash, commissions, overtime, back pay, and expense reimbursements.

Workers’ compensation is a type of insurance that gives benefits in the event that the employee suffers work-related injuries or illnesses. If the layoff occurs while a worker is on worker’s comp leave, they may be entitled to continue the benefits until they are deemed fit to work, regardless of whether or not the employer can rehire them.

A worker may seek legal claims against their employer after being laid off for several reasons. This includes questioning the legality of the layoff, such as if it was carried out due to discrimination or in retaliation. It also covers any legal claims the worker may have that predated the termination.

How do you know if your layoff was illegal?

While employers can generally lay off workers freely, there are cases where the layoff was done for an illegal reason. This is what is known as wrongful termination. A layoff can be considered a wrongful termination under the following circumstances:

While most employees are considered “at-will,” some workers may have a contract that changes the employment relationship. For example, a worker may have a written or oral contract stipulating that they can only be terminated for specific reasons.

The layoff could be considered a wrongful termination if the worker was removed for any other reason than the ones specified in the contract. This may also cover an “implied contract”—a contract that is neither written nor explicitly stated but instead is implicit in the circumstances of the worker’s employment.

The WARN Act requires employers to give advance notice for certain large-scale layoffs or plant shutdowns. If the employer fails to comply with the WARN Act and is not under the stipulated exceptions, then the worker may file for damages covering each day of the required notice or up to 60 days.

Note that the WARN Act does not prohibit employers from laying off workers. The law only requires that they give advance notice or pay for noncompliance.

While the effects of the pandemic may give reasonable cause for employers to begin layoffs, it can be illegal if certain groups are disproportionately affected. Should a company terminate employees of a specific race, sex, or age, for example, this could be considered a case of discrimination.

This situation could occur as a result of intentional discrimination against these groups, or unintentionally due to layoff criteria being indirectly skewed against certain protected groups. Both instances are possible grounds for pursuing a legal case against an employer.

An employer may maliciously use a layoff to remove a worker who has exercised their legal rights or acted as a whistleblower on unethical or illegal practices in the workplace.

For example, employees who filed for worker’s comp a few months ago have been included in the layoff list. Even if the employer has a good reason for letting go of staff, this cannot be used as an excuse to terminate their employment.

Additionally, even if a worker loses their job due to reporting or lodging a complaint on illegal practices in the context of a massive layoff, the worker has a legal claim for wrongful termination.

It is illegal for employers to fire their employees for forming or simply joining a union. If an employer does so, they have violated Section 8 of the National Labor Relations Act because they have discriminated against an employee for exercising their Section 7 rights under the NLRA.

Knowing is Half the Battle

In the wake of the pandemic, it is expected that both businesses and workers will face bigger challenges in adapting to the changing circumstances. Knowing your rights as a worker—what you are entitled to, which actions are permitted, and which situations are grounds for legal action—is necessary for overcoming this economic downturn.