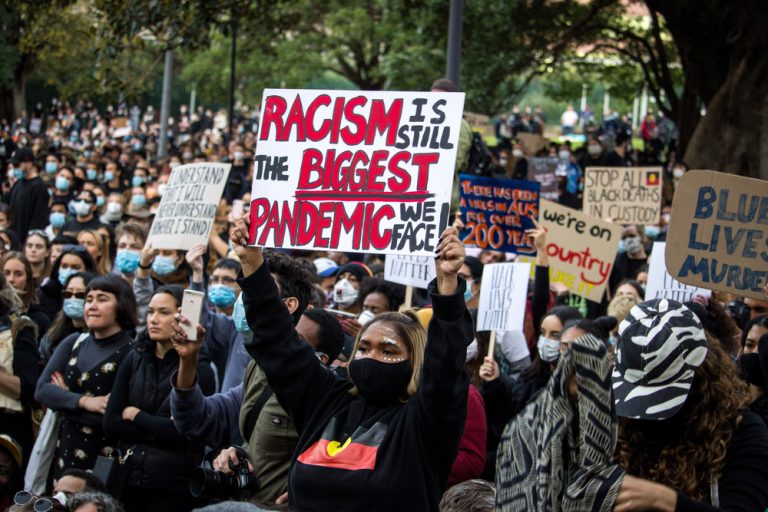 Black Lives Matter: How a Movement Is Changing Corporate America

Following George Floyd’s death, racial injustice became a worldwide concern, with the Black Lives Matter (BLM) movement exploding on social media. The incident has shed light on the reality of racism that’s still widespread across America despite calls for equality.

The struggle for racial equality advanced by BLM is deeply rooted in history, with African Americans experiencing discrimination even after the Civil War and up to this day. This is the reason why the civil rights movement came to be.

From Treyvon Martin to George Floyd

The BLM movement began as a hashtag (#BlackLivesMatter) after George Zimmerman, who is of mixed ancestry, was acquitted in the death of Trayvon Martin, an African American teenager.

Zimmerman, a neighborhood watch coordinator for his gated community in Sanford, Florida, had seen Martin walking in the area and thought he looked “suspicious.” After calling it in and being told not to approach, Zimmerman followed the teen (who was unarmed) and shot him in self-defense during a supposed physical altercation between the two.

His acquittal in July 2013 was widely perceived as a miscarriage of justice, sparking nationwide protests.

The movement expanded in 2014 after the high-profile deaths of Eric Garner (Staten Island, New York) and Michael Brown (Ferguson, Missouri), both African Americans, who were also unarmed when they were killed. Demonstrators took to the streets to condemn the killings, demanding that society value the lives of black individuals in the same way that it does with whites.

BLM activists continued to protest the tragic fate of several other Black people at the hands of the police, including:

In May 2020, the BLM movement hit critical mass when George Floyd, an unarmed black man, was killed in police custody. The incident drew attention to the problem of entrenched racism in American society, triggering massive demonstrations throughout the U.S. and across the globe despite the coronavirus pandemic.

Now, the BLM movement continues to play a prominent role in the fight against racism and police brutality, and it appears that change is starting to happen everywhere, including corporate America.

How Corporate America is Trying to Do Better in Addressing Racism

So, what exactly has the BLM movement done? Essentially, it has made a massive impact in the fight against racial injustice and discrimination, sparking social reform. For one thing, it’s changing the employment landscape. Companies have heeded the call for equality, albeit slowly.

Fundamentally, corporate America has begun taking major steps in addressing racism in the workplace and beyond. Here are some big companies that have laid out plans and initiatives to advance racial equality:

Two weeks following the George Floyd incident, Adidas announced its initiative to invest $20 million in programs that “support, empower, and elevate the black community.” It set up the “Adidas Legacy,” which provides basketball scholarship and mentoring sessions to black high school student-athletes.

In addition, it organized “Honoring Black Excellence,” a tribute program that celebrates and honors the achievements of black individuals in sports. To support its black workers, it has pledged to finance 50 scholarships each year for its partner schools. Adidas has further vowed to increase the number of black employees in its workforce, with at least 30% of all new positions in its U.S. stores open to black applicants.

A few days after Adidas announced its plans on “confronting the cultural forces” that sustain racial discrimination, Apple followed suit with its $100 million Racial Equity and Justice Initiative that focuses on representation, inclusion, and accountability. In January 2021, the tech giant launched new projects as part of its commitment to “challenge systemic racism.”

Among the projects include the Propel Center, a learning hub for historically black colleges and universities (HBCUs), an Apple Developer Academy to support coding and tech education students in Detroit, and venture capital funding for black and brown entrepreneurs.

Apple has devoted $10 million to Harlem Capital to support companies with diverse founders over the next 20 years. It has also invested $25 million in Siebert Williams Shank’s Clear Vision Impact Fund to help provide capital for minority-owned small- and medium-sized businesses.

According to Apple, these efforts underscore the company’s long-term goal to expand opportunities for communities of color across the country and help “build the next generation of diverse leaders.”

Building on its earlier investments, Facebook has committed an additional $200 million to support black-owned businesses and organizations in the country. According to Sheryl Sandberg, Facebook’s Chief Operating Officer, this is part of the company’s broader $1.1 billion initiative that assists diverse suppliers and communities in the U.S.

The social media giant also created a new space on Facebook called Lift Black Voices, highlighting stories from black people and inspiring social media users to take action through fundraising initiatives for racial justice causes. Additionally, it has undertaken measures to have  50% of its workforce come from underrepresented communities by the end of 2023, working to double the number of black and Latinx employees in the same timeframe.

Facebook targets to have 30% more people of color, including 30% more black employees, in the company’s leadership positions.

Nike has partnered with the National Association for the Advancement of Colored People (NAACP) Legal Defense Fund, Inc. (LDF), a nonprofit organization that seeks to “expand democracy, eliminate disparities, and achieve racial justice” through litigation and advocacy. It funds NAACP-LDF’s work in educating the public on the steps they can take when they are racially discriminated against, particularly at work.

For its part, PayPal has committed $535 million to support black and minority-owned businesses and communities in the U.S., especially those hardest hit by the pandemic. The majority of the grants will be used to assist the entrepreneurs in stabilizing their operations.

Most of it—$500 million in particular—is devoted to strengthening black and underrepresented businesses and communities in the long term. Meanwhile, $5 million is allotted for microloans, technical assistance, mentoring, and digital solutions to speed up their recovery from the impact of the coronavirus crisis.

Visa has responded to the call by setting aside $10 million for a scholarship assistance program designed for college-bound black and African American students. Upon graduation, all recipients who have met their commitments will be guaranteed a full-time job with Visa.

The financial services corporation has also started offering counseling and referral services for its black and African American employees through an Employee Assistance Program. In addition, it now provides guidance sessions for workers in leadership positions to facilitate meaningful ongoing dialogue with their black and African American colleagues, helping ensure they are seen and heard and not tolerating a hostile workplace.

Visa also recently launched an employee mentorship program with Bridge for Billions, an online program for entrepreneurs. In this initiative, Visa employees will mentor black women who are owners of small and medium-sized businesses to help define their financial projections and create a growth plan for their venture.

Amazon’s initiatives are focused on supporting organizations working to “bring about social justice and improve the lives of black and African Americans.” The e-commerce company has allocated $10 million for nonprofit entities dedicated to combatting racism through the legal system. The fund will likewise benefit groups devoted to expanding educational and economic opportunities for black communities.

The company is also launching the Black Business Accelerator initiative, which seeks to dissolve the “barriers created by systemic racism” that prevent the advancement of black business owners in the U.S. The $150-million project will provide financial assistance, education, and mentorship to these entrepreneurs while marketing and promoting their brands on Amazon’s online store.

Moreover, Amazon’s Black Employee Network will receive a grant it can use to fund local organizations across the country that promote racial equality in communities where Amazon employees live and work.

Joining the roster of major companies that support the fight for racial equality, Netflix has pledged to donate 2% of its cash holdings—or up to $100 million—to financial institutions and organizations that directly support black communities in the U.S.

According to the streaming platform, $25 million will be channeled to the Black Economic Development Initiative to help develop underinvested communities. Meanwhile, $10 million will go to the Hope Credit Union to fuel economic opportunities for people of color.

Advancing the Fight for Racial Equality

First used as a hashtag, the BLM movement has turned into a global force that’s propelling a sustained fight for racial justice. While the struggle to overcome racism is far from over, companies have set in motion initiatives that seek to level the playing field for all races. With this victory, achieving racial equality is possible—one step at a time.

Reach out to a workplace discrimination lawyer at Shegerian & Associates for legal assistance if you’re a victim of racism at work or for any other legal matters at the workplace.