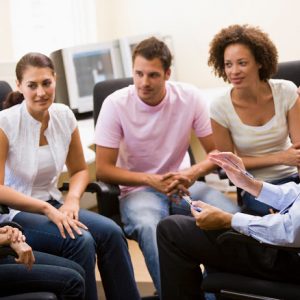 5 Beneficial Reasons to Talk With Co-Workers About Salary

5 Beneficial Reasons to Talk With Co-Workers About Salary

In a world with fewer and fewer taboo subjects, money is still usually considered a forbidden topic of conversation. This often means that co-workers who share much of their professional lives in common do not dare to discuss how much they are compensated for their work. In fact, employers often encourage this by telling people not to talk about their pay.

But do you have reasons to buck this trend and discuss salary with others? Yes, and her are a few of the best reasons.

1. You May Discover Discrimination

The U.S. has several laws that specifically make it illegal to unfairly discriminate against certain workers. Primarily, where pay is concerned, this is pay discrimination against women. Californians are protected both by the federal Equal Pay Act of 1963 and the state’s Fair Pay Act, requiring employers to pay both men and women equally for equal types of work.

However, in practice, enforcing these laws requires that employees know what they earn in relation to others. And for this reason, employers try to squash such discussions. If your employer has rules against pay discussions, know that they cannot forbid this activity. In California, in particular, this right is protected by the Fair Pay Act.

2. Others May Discover a Problem

What if you’re not the one worried about pay discrimination? Being willing to participate in a discreet conversation about salary could be very important to your co-workers.

If you are in the group that tends to be paid more than those which suffer discrimination — such as women, minorities, and those with disabilities — your openness about wages can help them verify that they are being discriminated against.

Your participation in the process helps ensure a fair workplace, protects others’ careers and earning power, and provides a better work life for those who are coming after you.

3. It Opens Up Other Conversations

Once you have discussed a concern as taboo as salary and compensation, you may find it easier to discuss serious matters with other individuals. Talking about concerns about pay issues could easily lead to discussing concerns about hostile work environment, discrimination in other areas, harassment, or questionable ethical practices within the company.

4. Compensation Is More Than Salary

Employers try to skirt rules in many different ways. If your employer knows that discriminatory pay practices are illegal, it may attempt to compensate certain employees in other, hidden ways. One of the most common is to boost nontaxable benefits and perks in lieu of compensation.

Consider an example. If you and a co-worker find that you do have similar salary ranges, a longer conversation might reveal that the employer is paying for that employee’s family to go to Disney World. That trip to Disney World likely is considered compensation by IRS rules, and so you may be suffering from pay discrimination that you’re not aware of.

5. It Forces Your Employer to Be Better

When the company knows that employees are open with one another about their pay and other benefits, it has little choice but to do better. Employers generally know that they must follow certain rules, such as equal pay, but they are often even more interested in keeping their expenses low and their profit margin high.

However, when your employer knows they’re being watched and runs the risk of lawsuits or auditing by government agencies, it is more likely to actually adhere to the rules. Everyone — whether or not they are currently underpaid — benefits from a company that is actively improving practices.

Even though doing so is a challenge for many, talking about compensation is a fundamental part of ensuring fairness and equality. If you or a co-worker suspects that there may be pay discrimination at your workplace, start the conversation by talking with an employment attorney today. Call the pros at Shegerian & Associates to learn more about your rights.